As we head into the final week of the holy month of Ramadan, non-Muslim members of the PA Housing team have spent a day fasting in support of their Muslim colleagues.

This is the fourth-year colleagues from across the 24,000-home housing association have experienced what it is like to go from sunrise to sunset without eating or drinking.

"It's about having a go and appreciating what Muslims within the organisation and elsewhere are going through," said Imtiaz Vohra, Equality & Diversity and Coops Manager, who believes his colleagues' willingness to sacrifice food and drink on Thursday last week demonstrated PA Housing's 'everybody is unique' ethos.

It's about having a better understanding of people who practice a religion – and supporting them to do so freely within the workplace,"

For Muslims, the 30 days of Ramadan are about focusing on their connection to God, and reflecting on their lives, and those of others.

Dawn Cooke, Independent Living Manager, who fasted last Thursday, said, "It really makes you think about the discipline, and resilience and commitment it takes to fast for 30 days. You feel really grateful to be able to have a drink whenever you want. Those of us who took part donated money to charity – I gave to Giving the Gift of Water."

This year was Dawn's second time fasting to support her Muslim colleagues, and she found it easier than expected. "I had a really busy work day yesterday, so I didn't have too much time to think," she said.

Last year, it was really hard, I had a headache and felt sick – but this time, I knew how to prepare for it. I cut down the number of cups of tea I drank in the days before the fast, so I was used to having less, and I ate late the night before."

PA Housing usually hosts an Eid ul-Fitr celebration for all team members, but due to the current Covid-19 crisis, it will not be possible to get together this year.

Muslims believe fasting teaches them to practice self-discipline, self-control, sacrifice, and empathy for those who are less fortunate, thus encouraging actions of generosity and compulsory charity.

Like their Muslim colleagues, the PA Housing team members who took part in the day-long fast are likely to feel more thankful for what they do have during this difficult time, explained Imtiaz. "It helps people appreciate the simplest things," he said. 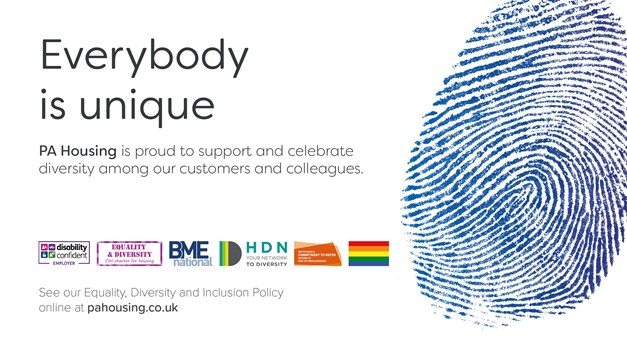