PA Housing colleague Andy Corney is raising awareness of a little-known disorder and has won an award for his contribution. 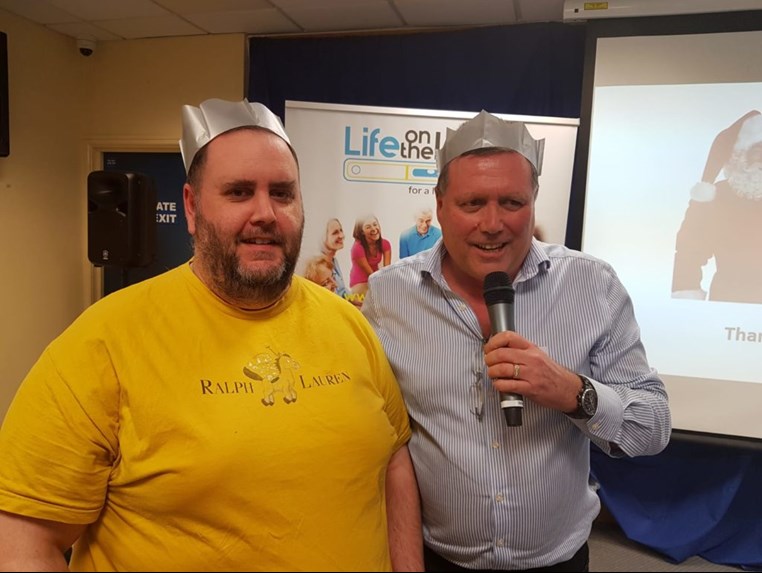 Andy made a video about how he manages his Ménière’s condition - the first-ever member’s story video for Life on the Level, a support group for those with balance disorders.

Ménière’s disease is a disorder of the inner ear that can lead to dizzy spells (vertigo) and hearing loss. In most cases, Ménière’s affects only one ear.

Life On The Level Annual Awards, known as "The Dizzys" are presented at the end of the year and acknowledge both long term help in running the group or outstanding achievement. Andy was awarded the Outstanding Members Contribution Award.

The citation for the award said:

Andy has been very proactive in wanting to help the group, and recently supported the first-ever member's story video, but then much to his credit invited us in to film him at work and meet his very enlightened employers. All of his work helps others understand balance conditions, and now you can see how employers can also play their part.”

Andy was first diagnosed 16 years ago after experiencing light-headedness every day and hearing a persistent noise in his left ear.  In the video Andy explains that his symptoms can be very scary at times. He says:” It can vary from day to day. Some days you can be fine with no symptoms at all, other days you get a serious attack and collapse on the floor.”

It can appear that he is drunk, even though he cannot drink alcohol because it interferes with medication for the condition. Symptoms include tinnitus, light-headedness, loss of bladder control, vomiting and very heavy sweating. Sometimes he also has panic attacks at the same time. After very serious attacks he has to surrender his driving licence for six months until DVLA decides it is OK for him to drive a car again.

Andy praised PA Housing in how supportive and understanding they have been throughout, making adjustments to help make things easier for him.

You can see Andy’s video by clicking below